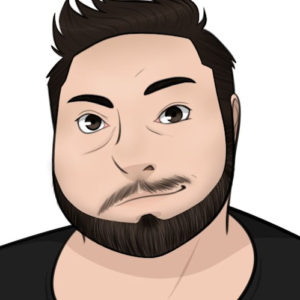 Hold on to your panties, ladies and gents, because this is the bio for Atticus Jackson. (Yes, even you George. We all know you’re wearing women’s knickers beneath that trench coat.)

As an intelligent being of light, Atticus decided to be born to a human woman in the American state of Texas. His human father introduced him to old radio dramas (George, get your hand out of there) and since then he has been a big fan of voice-over work. His idols include Billy West, Maurice LaMarche, Mark Hamill John DiMaggio, Rob Paulsen, Tress MacNeillie. He is also fond of long lists of names.

Atticus started his voice career answering his personal phone in a professional, yet overtly sexual tone. He also experimented (I swear to GOD George) with voice work on his YouTube channel. From there, our hero stumbled onto a little a show called The Nosleep Podcast. And that is where he has dug himself a small home, complete with checkered curtains and a porcelain rooster.