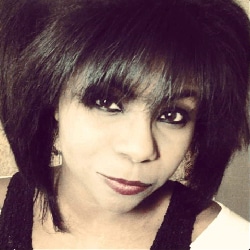 Danielle McRae is a voice over actress residing in Los Angeles, California. Being a huge fan of video games and anime, her passion has led her to pursue a voice acting career in the industry. Some of her most notable credits have been in League of Legends as “Karma the Enlightened One”, World of Warcraft: Cataclysm as “Hagara the Stormbinder”, Final Fantasy VII Remake as “Gwen” and “Painwheel” in the Popular 2D fighting game, Skullgirls Encore.

She’s also been in anime and original animated shows such as Sword Art Online, Gargantia: On the Verderous Planet, Magi: The Kingdom of Magic, and Kemono Friends.

Danielle has also earned several other roles in many other video games including Atelier Escha & Logy, Monster Prom, Phantomgate, Starcraft Universe and much more.