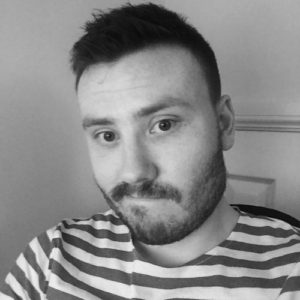 James comes from Norfolk England, a county known for farmers, isolation, locals with extremely thick accents among many other stereotypes, deserved or otherwise.

He first discovered NoSleep in the middle on Season 1 whilst looking for a way to experience horror fiction without being tied to a screen and has been hooked ever since. (This also led to the, somewhat debatable, side benefit of discovering Reddit and all the comes with it.)

He became interested in contributing when Season 2 was announced and has gradually upgraded his recording space from a tiny box under the stairs, to an airing cupboard with towels and blankets and finally a proper permanent recording setup. He still lives next to an airport, however, so every recording he sends is heavily edited to remove the vast amounts of profanity that occurs every time a helicopter flies over.

His favourite stories usually involve darkness and isolation and disturb in a way that can’t be immediately explained.