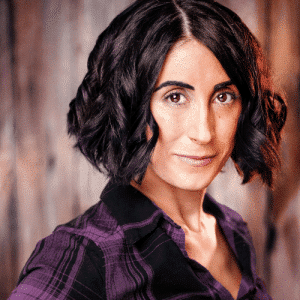 Linsay Rousseau is an award winning LA based actor, voice-over and performance capture artist with over 20 years of theatre, music and improv experience. She is best known as the voice of Elita-1 in Transformers: War for Cybertron on Netflix, and for her extensive work in video games, including Deathloop, Fallout 76, Vain Glory, Rage 2, Genshin Impact, World of Warcraft, Wasteland 3, Call of Duty Mobile, Elder Scrolls Online, Rogue Company and Monster Hunter: Rise. She won the award for best female voice-over performance in an animated series at the 2021 One Voice Awards for her work as Elita-1. On the MOCAP side of things, she’s worked on games for Santa Monica Studios, Insomniac, Naughty Dog, Riot Games and HBO. On-screen, she has appeared in episodes of NCIS, Seal Team, General Hospital and she had all the judges fooled in her appearance on To Tell the Truth. A bona fide geeky badass, she hosts the weekly geek talk show, The Roll Out, on YouTube. With training in a variety of martial arts and weapons (from East to West), she feels most comfortable with a sword, staff or spear in her hand. She is a US Army Iraq War combat veteran and holds degrees from the University of California Berkeley’s Graduate School of Journalism and The College of William & Mary.

She’s the one you turn to when you’re afraid of what goes bump in the night. But make no mistake, cross here and she will be the shadow in the dark you never see coming.