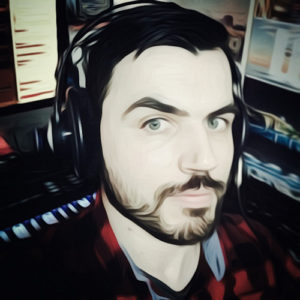 I’m Phil and I was born in Warsaw, Poland. I graduated from the Academy of Sound and TV in 2007. Since then I have worked in the biggest radio station in Poland, Polish National Radio (as a producer, broadcast and sound engineer, composer, sound designer and scheduler).

In 2013 I moved to the UK and became a self-employed soundie. I have worked with many filmmakers, podcasters and agencies/businesses from the US, the UK, Australia, Sweden and Brazil. My goal in the next couple of years is to move to California.

I love sound design and truly enjoy getting lost in its complexity. I record everything that makes sound and create something entirely new from those recording. I’m very passionate about sound engineering and I love working for NoSleep!