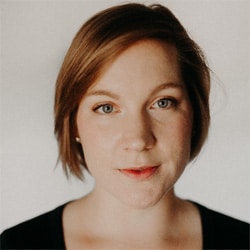 Sarah Ruth Thomas is an actress and classically trained singer from the great state of Texas. Her acting debut came when she donned her first princess costume at age 3, and she hasn’t stopped “playing pretend” since. She earned her degree in music in 2016, and has appeared in several operas, musicals, and plays. From Shakespeare to Mozart, Menotti to Rogers and Hammerstein, Sarah has always been a performer.

Sarah began her voice acting career in late 2017 and hit the ground running. She has acted and sung in audio books, radio and television commercials, video games, original animations, and more. When she isn’t acting or singing, she’s outside hiking up mountains and rafting down rivers, always accompanied by her corgi.

(Sarah only records her NoSleep stories during daylight hours. While she may be a brilliant actress, she is the ultimate “scaredy-cat”.)