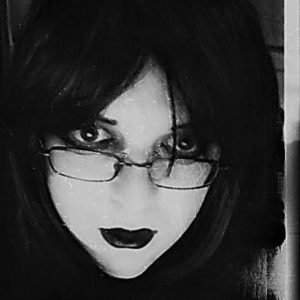 Olivia White is an author, video game developer and Twitch streamer from the UK. She works as Creative Content Manager for The NoSleep Podcast. This primarily involves overseeing the Editorial department, which mainly means telling Jessica McEvoy off for overworking herself. She also manages various secret and upcoming projects for Creative Reason Media, such as [Redacted], the Sleepless Decompositions, [Redacted] and something involving books. She is like a sinister and shadowy puppet master, pulling strings and making people dance to David’s tune. Is this a secret hint towards an upcoming NoSleep Podcast musical? Well if it was, that’s the kind of project Olivia would be involved in overseeing. She also works with authors, commissioning and curating extra special content for a variety of things. And sometimes she co-hosts streams on our Twitch channel.

She also writes stories for the show, including The Iscariot 8, Casting Couch, Grindhouse, Flesh of the Idiots and the Gilded Echo series.

In The NoSleep Podcast’s worst-kept secret of all time, Olivia also occasionally publishes stories under the name Holly Dionis, including Foley, Breast Exam, and the infamous My Anime Body Pillow.