The History of The NoSleep Podcast

In the spring of 2010, a new forum appeared on Reddit.com. It was called “Nosleep” and the concept of this forum (or “subreddit”) was to be a place for people to post original scary stories about frightening experiences. It was an online version of telling spooky stories around the campfire.

A year later, as Nosleep was growing at a rapid pace, one member named Matt Hansen proposed the idea of doing a podcast where some of the top stories from Nosleep would be narrated in audiobook style. The response was quite positive and over the next few months a small group of members endeavored to put together what would come to be known as The Nosleep Podcast. On June 13th, 2011 Episode #1 was released.

David Cummings assumed the role of host and producer and it was decided to release a new episode every two weeks. Producing the podcast has been a learning experience from the start with many Redditors volunteering to narrate and help produce the shows.

The podcast has been well-received from the very beginning. Through word-of-mouth advertising the number of regular listeners has grown steadily. Reviewers on iTunes consistently rate 5 stars and the podcast ranks quite high in its “Arts” category.

The Nosleep Podcast has proudly featured stories from authors who have gone on to publish their stories. Notably, the “Penpal” series from Dathan Auerbach and “99 Brief Scenes from the End of the World” by T.W. Grim.

Here is the Season 2 theme for the podcast. Feel free to listen or download the file.

If you have any comments or questions about the show, feel free to email us: admin@thenosleeppodcast.com

The NoSleep Podcast is presented by Creative Reason Media and powered by Nanacast Technology. 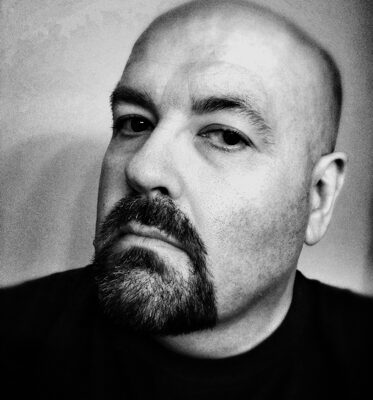 David Cummings is the host and producer of ‘The No Sleep Podcast’, the award-winning anthology series of original horror stories.

He hails from Toronto, Canada. With a background as a professional musician, he has expanded into the realm of voice actor and narrator.

Along with his work on his own podcast, he has been heard on various commercial projects and speculative fiction podcasts, including Pseudopod and The Drabblecast.

David has also been featured on the popular YouTube horror channel Chilling Tales for Dark Nights and often works closely with its producers and voice actors.