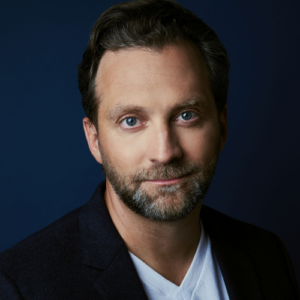 Graham is a New York based actor working in stage, screen, and audio.

On television, Graham has appeared on Law and Order: SVU, Elementary, The Good Wife, Madam Secretary, and Evil.

Graham has been a soloist with the National and Portland Symphony Orchestras and can be heard on the cast recordings of LoveMusik (Broadway Cast Recording), Life Begins at 8:40, Sweet Bye and Bye, and The Land Where the Good Songs Go (PS Classics), along with multiple audiobooks.

In addition to NoSleep, Graham has leant his voice to the scripted podcasts The Hotel, The Grey Rooms, Calling Darkness, Among the Stars and Bones, and Copperheart.