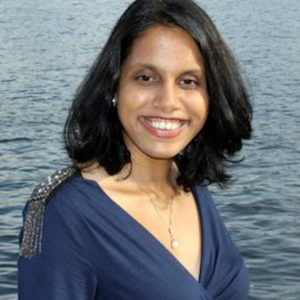 I am a professional writer, reporter, editor, photographer, videographer, former talk show host, and all-around media nerd. I’ve worked as a multimedia producer for shows such as the PBS series NOVA and NOVA scienceNOW, where I created engaging, interactive audiovisual features covering stories on the cutting edge of science.

Back in college and graduate school, I co-hosted a radio talk show called “The Rebel Faction,” which was a play on words referencing our university sports teams (the Rebels) and our tendency to test the limits of what we might be allowed to talk about on air. The format was laid-back and conversational, but always backed up by a significant amount of research. We won a State Broadcasting Award (Silver) for Excellence in Broadcasting for our efforts—not bad for a couple of college kids. Amusingly, the award came before my co-host and I recorded our most popular episode—an April Fool’s Day show that had listeners from a 60-mile radius calling in, wondering where to get more information on President George W. Bush’s “resignation.” For realism, I edited and spliced together sound clips from several speeches and press conferences to form “excerpts” from a fictional press conference President Bush had supposedly held earlier in the week. For the transcript, which we read on the air, I had perhaps a bit too much fun with the audience. I wrote in parts of President Richard Nixon’s resignation speech as “Easter Eggs” for anyone who was paying attention. We remained objective and apolitical (like the good journalists we were), and somehow we managed to pull off a hoax that made it into the papers the next day.

I’ve always thought of myself as a writer, but in college, it was radio that captured my heart. I love using language and nuance to paint a mental image for listeners. I love how crowd noises can instantly bring audiences into a grand stadium or how crashing waves can transport them to the sea. By capturing listeners’ imaginations, narrators have the power to take you with them on any adventure they choose to describe. That, to me, makes radio (and Podcasting) a truly magical medium.

If you’re wondering how I came to narrate for The NoSleep Podcast, I imagine my story is similar to most others’. I’ve loved horror movies since I was about 6-years-old. My parents were fairly strict when I was a child, but they never policed my TV habits. So, I was the kid who got to stay up all night and watch Tales From the Crypt or TV broadcasts of Nightmare on Elm Street and Halloween, which to this day remain two of my favorite movie series. I love dressing up for Halloween and learning about spooky things and all manner of things that go bump in the night. Some people just love to be scared! And provided that I can retreat under the covers and ultimately feel safe again…? I’m no different.

It is a pleasure to work with a huge cast of such talented narrators and fantastic authors. I hope that together, we’re doing our part to bring a fun dose of fear into your lives.