Curse of the Gilded Echo – WHODUNNIT?

Hi there, Olivia here. If you’ve been following the podcast, you’ll know that in Episode 18 we released the first of a three-part whodunnit series, Curse of the Gilded Echo. If you haven’t listened yet then stop reading immediately! Don’t read this until you’ve heard it. Spoilers within.

With that out the way; I managed to break into the Clearwater police station and acquire these notes from the desk of Detective Rob Chambers, the lead investigator in the Amber Rapids murders. I’m sharing them with you here in case they’ll help you piece together the identity of the killer quicker than Chambers has managed! Tweet your theories using the hashtag #gildedecho and whoever guesses the killer will win a sense of pride and accomplishment. 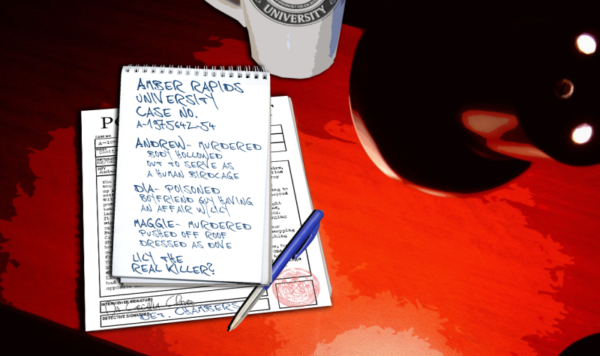 A photo I took of Chambers’ desk 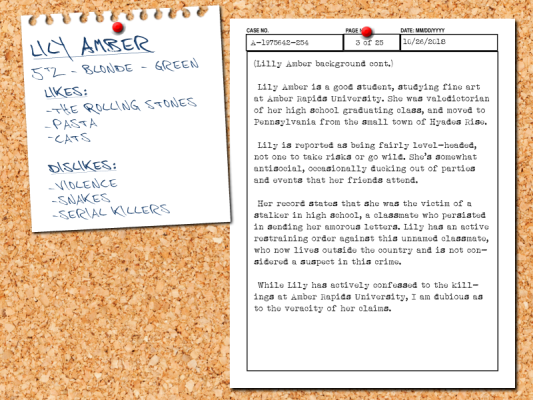 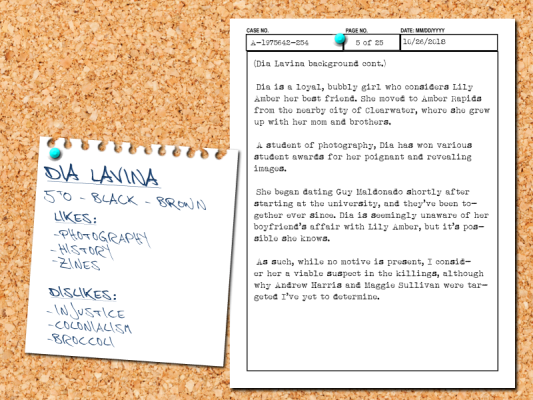 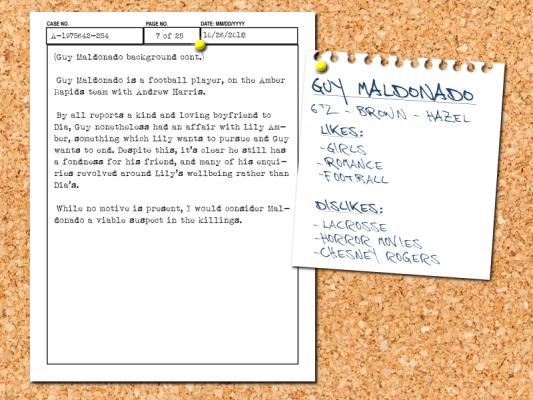 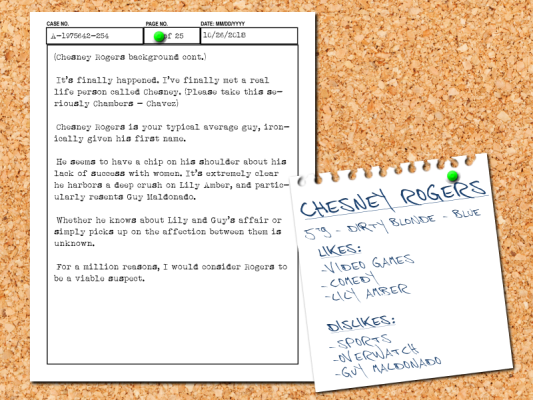 Chambers’ notes on Chesney Rogers, a member of the group who nobody really likes. 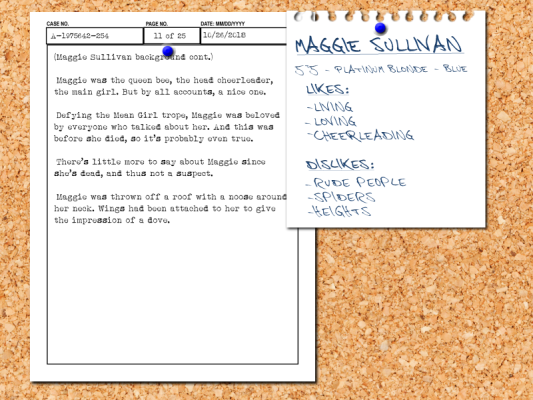 Chambers’ notes on Maggie Sullivan, the second victim in the killings. 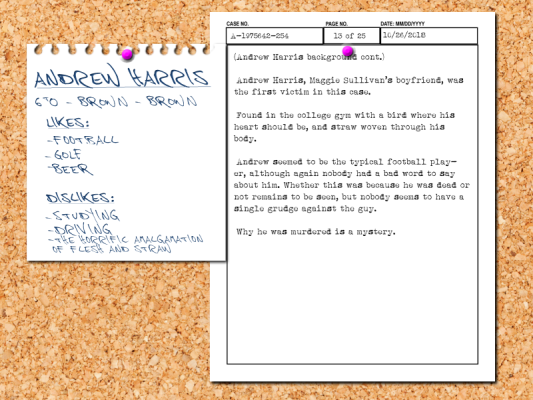 Chambers’ notes on Andrew Harris, the first victim in the killings. 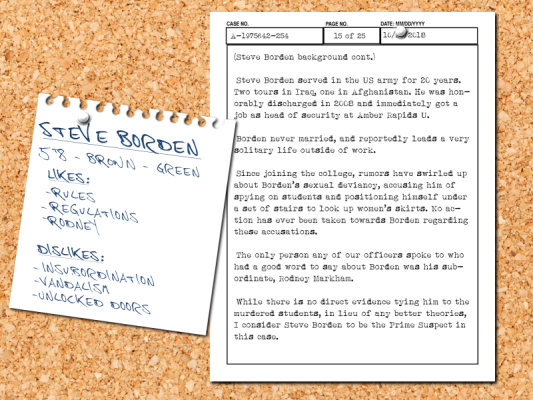 Chambers’ notes on Steve Borden, the suspicious head of security. 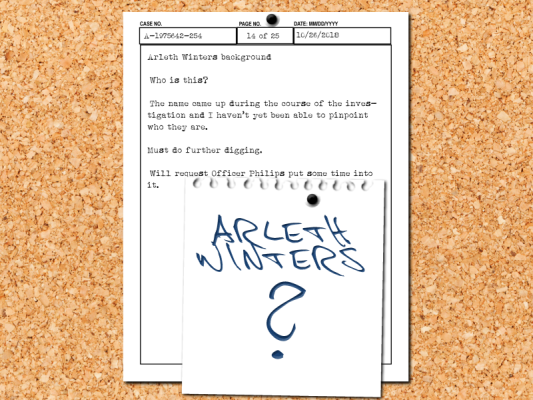 Chambers’ notes on an unidentified individual. 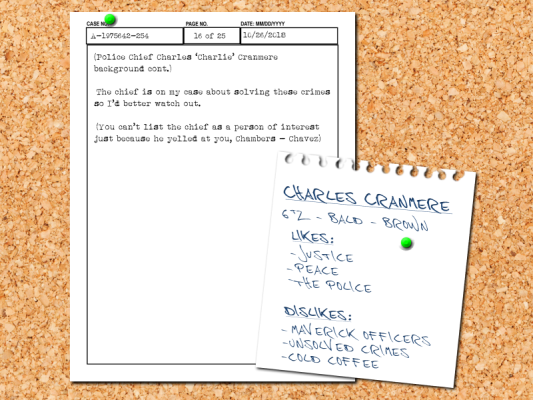 Chambers’ notes on his own damn boss. 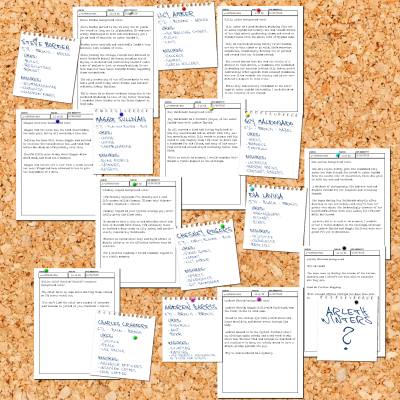 So who did it? I don’t know, don’t ask me! Hopefully Chambers can find the killer, but not before episode 20 because otherwise we’d end too early. Full text version of the character bios can be found here.