What do you think, Sleepless? Which animal with a human face would you least like to encounter? Let us known on Twitter, or if you’re reading this via the Facebook fangroup, post your answer in the replies there!

Moving on, we have one episode of the podcast left before our tourists head off and we’re taken over by the mysterious host. Who’s it gonna be? I know. You’ll just have to wait. But we’ve got a really cool episode lined up for 12. We got beloved returning authors, we got debut authors, we got… well, just wait and see. It’s gonna be lit, as the pyromaniac said.

Speaking of animals, there’s one creature that seems to make regular appearances in the annals of The NoSleep Podcast. I think you all know what I’m talking about. The animal that’s arguably the most synonymous with our show.

The Bald Man. Longpig. Putting Lipstick on a Pig. And of course, the most famous one of all, Penpal. No wait, Feed the Pig. That was about a pig.

For months, pigs have followed us around like clamoring needy children, desperate to suckle at the teet of NoSleep. Pictures of pigs, jokes about pigs, pig sounds, pig masks, pig merch (link in bio), pig TED talks, notorious pigs, we’ve seen them all. But sometimes you gotta stop and ask; why are pigs such a popular source of horror?

I mean, we’re not just talking about the NoSleep Podcast here are we? Pigs appear all across horror media. There’s the pig mask from Saw, Piggsy from the game Manhunt, the pigs from Hannibal, this one giant boar from this one horror movie I saw one time that I can’t remember the name of, Razorback, Babe: Pig in the City. The list of horror stories featuring pigs goes on. 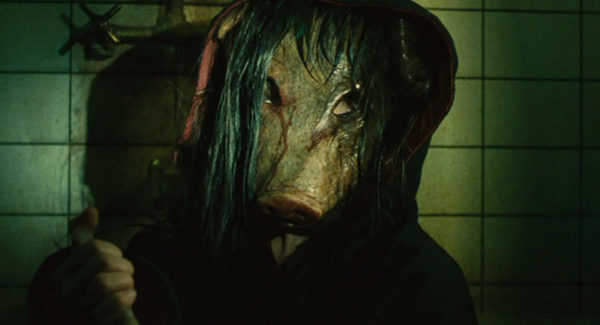 So I got really curious. Why are we afraid of pigs? Almost everyone is. Pigs are up there with wolves in terms of animals we’re terrified by. If you see a pig sprinting by your car, trotters hammering over the snow, a pack of piglets in tow, you lock your doors. It’s just common sense. But why? It’s not like pigs are dangerous… or are they?

I wanted to find out if there was a time in human history where pigs were apex predators, where being afraid of walking blocks of pork made sense. My investigation took me to some pretty dark places.

Online, I found mention of The Demon Pig of Hamburg. I could find almost no info about it, so I travelled by ferry to Germany, where I stayed in a small town outside the city. It was there, I was told, that the demon pig had attacked. The town’s oldest woman, Frau Schweinmörder, told me that her ancestors had been embroiled in the fight with the demon pig. She led me down to the basement of a tiny, dusty library, and there she presented me with an ancient tome.

The cover of the book crackled under my fingers, and I smelled the faint scent of bacon. Frau Schweinmörder nodded an affirmation. It was, indeed, bound in pigskin.

The Frau shook her head. “Alas, no. Just read.”

She left me in the library basement, and I read the entire book. I won’t transcribe the full tale, because it was an entire book, but I’ll summarise what I read for you here. I’ll summarise it pretty briefly in fact, cos who knows, maybe it’ll be adapted into a story for the show one day. 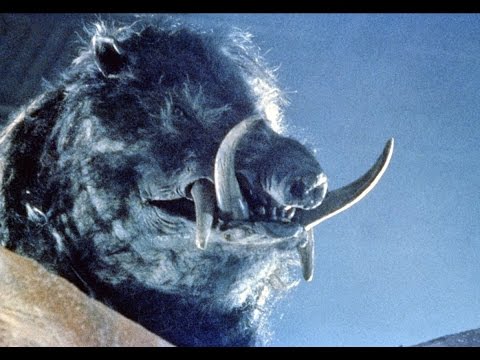 Back in 1392 AD, a series of killings hit the small town of Grünbrücke. At first, the occasional dog or cat was found dead. Then sheep, cows, horses even. Mysteriously, despite the town being primarily known for its pig farms, and despite the pigs being in close proximity to the other murdered animals, no pig was ever harmed. A pack of wild, rabid wolves was suspected, although the animals had been torn apart with such ferocity, and their remains eaten almost entirely.

The townsfolk, worried for their livelihood, enlisted a band of hunters to go track down the wolves. They found nothing. The next day, an entire family was found butchered in their home, their corpses eaten almost beyond recognition. Days later another family died. Then another, and another. The rest of the townsfolk became too scared to leave their homes. The hunters had abandoned them and fled the area. Whispers began circulating about a giant pig, leading a group of regular-sized pigs. One farmer, tired of living in fear, laid in wait for the giant pig to show up one night, and after a battle that cost him his right arm, was able to land a fatal blow on the pig with a pitchfork. The pig limped off into the night, bleeding profusely. While the corpse of the pig was never found, the attacks stopped, and the villagers soon began celebrating the animal’s death. The farmer was rewarded handsomely, and the village was safe. Although, every decade, on the anniversary of the fight with the pig, the townsfolk swear they hear oinking and grunting coming from the nearby forest.

That oinking and grunting continues to this day. 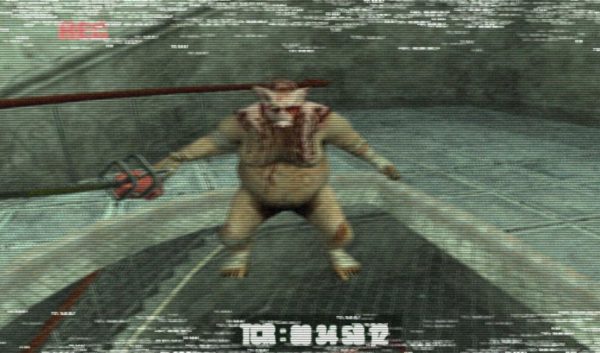 The problem with the story of The Demon Pig of Hamburg is that repeatedly throughout the tale, there were references to pigs being a source of fear and horror. While it was possible that this was retrospective, thanks to the demon pig, I wasn’t convinced. There had to be something more, something in our history dating from before 1392 AD that could explain the dawn of the pig-as-terroriser. I asked Frau Schweinmörder about this, and at first she was cagey, trying to put me off. But I persisted, and eventually she gave in, handing me a crumpled piece of parchment before scurrying off. I never saw Frau Schweinmörder again.

On the parchment was written a set of coordinates. I traced them to deep in the forests of Romania. One long train ride later and I found myself heading into the forests at the base of the Carpathian mountains, accompanied by a guide, Danny.

Obviously, the subject of vampires came up. Danny laughed dismissively and told me that vampires are tourist nonsense, and were never a hugely believable part of their folklore until Hollywood got hold of the legend.

“There are other things out there in the woods,” he said. “Things worse than vampires.”

And he didn’t mean Wesley Snipes. At least, I’m pretty sure he didn’t.

That was earlier tonight. Right now, I sit in a ramshackle cabin in the Carpathian forests, while Danny snores quietly in the next room. The wind whistles through the eves, and outside amongst the trees I can hear rustling, and I’m sure I can see the movement of an animal – or animals – out of the corner of my eye.

Tomorrow, Danny says, he’ll show me something that’ll open my eyes to the truth behind my quest. I can only hope I’m not being led on a wild pig-chase. Once I know more, I’ll update you all on Tuesday. 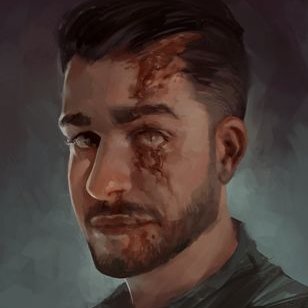 Elias Witherow, author of Feed the Pig, The Black Farm and some other stories.