Hot potatoes, Sleepless! It’s me again, Olivia. Boy, do I have some tales to tell you from Transylvania. I’m currently hiding out in a cave half-way up a mountain while strange creatures bay for mine and Danny’s blood. It’s all very exciting! But, I’m going to save that story for another blog post. Hopefully I’ll survive to be able to tell you about it!

Moving on, by now you know who the mysterious guest host is. That’s right, while David and co are on tour, the podcast is being hosted by Vlad the Impaler! Wait, I’m being informed by my legal team that it’s actually notable voice actor Peter Lewis. Okay, that makes more sense. I did wonder how a centuries-dead tyrant was hosting the show. I guess a centuries-living tyrant is more logical.

Anyway, Peter’s doing a grand old job, and I hope y’all are enjoying his wraparound scripts! We have a special surprise for you in episode 15 too, so be sure to tune in for that. Episode 14 is just about wrapped up and will be hitting you in your horror-spots this weekend as normal. But what of the others, you ask? What of the tireless tour team? Well read on, Sleepless, and I’ll tell you all about it.
The truth is, I don’t actually know much about what’s been going down on the tour, because I’ve been so busy getting the shows together at home. So what I’m going to do is scour David’s Instagram and see if I can guess what’s been happening. 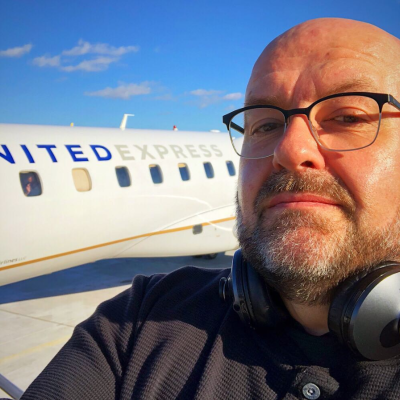 Here we have a picture of David Cummings, who appears to be riding on the wing of a plane. As well as hosting the NoSleep Podcast, David is a world-renowned aerial acrobat, so no doubt some fans asked him to display his skills. 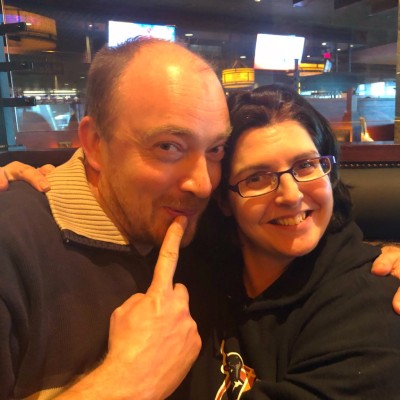 Next up we have a photo of David Ault and Erika Sanderson. Ault and Erika are British, which means this photo was taken just before or just after they drank a cup of tea. 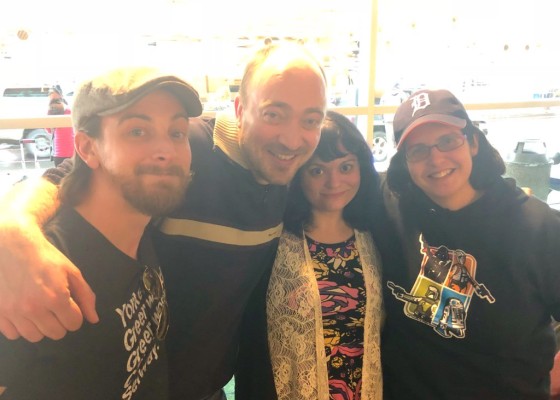 Ault and Erika were soon joined by femme fatale Nichole Goodnight, and top-class Theremin maestro Brandon Boone. I can’t say for sure, but I believe this photo was taken moments after the gang won a brawl against a team of punks who were turning the streets into a warzone. 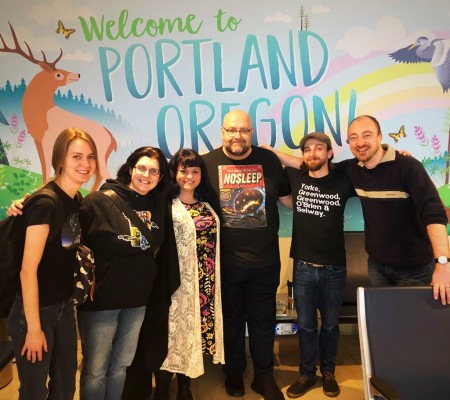 I have absolutely no idea where this photo was taken. There are no clues. None. At a guess I’d say somewhere in America. One thing’s for sure though, David Cummings has returned from his aerial hijinks, and Jessica McEvoy has now shown up. 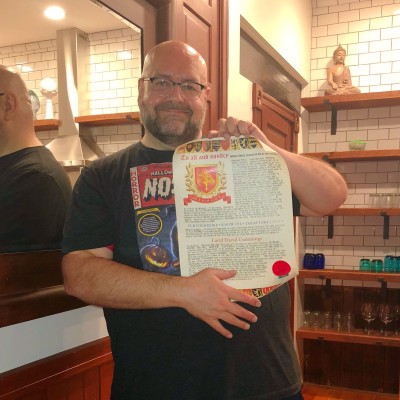 Here we can see David holding a certificate, which using a magnifying glass I was able to see is his certificate for aerial acrobatics, and also Scotland. This makes us siblings now, as I’m British. 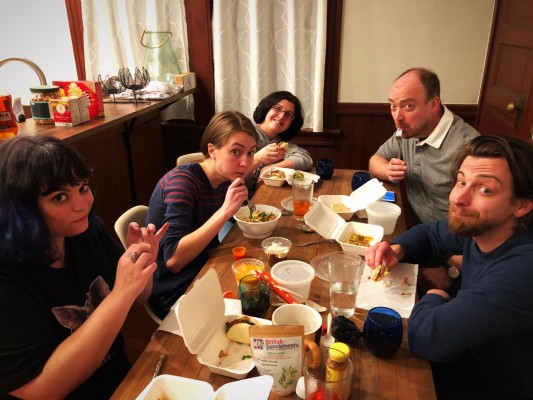 This is a photo of a team eating a dinner. Nichole Goodnight sent me a carrier pigeon informing me that they’d dined out on ‘long pig’, whatever this means, and judging from Brandon’s face, it was very nice. Jessica looks shocked, which is her default state. 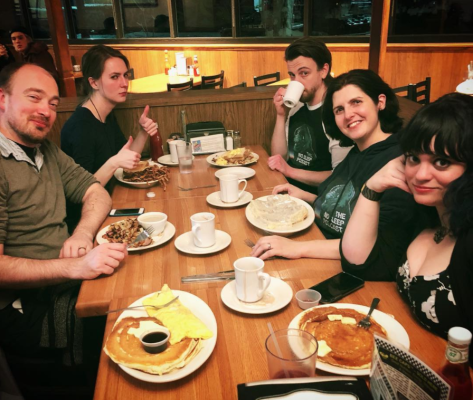 Dinner again. Please note how Jessica McEvoy’s food is spilling off her plate like she’s out of control. 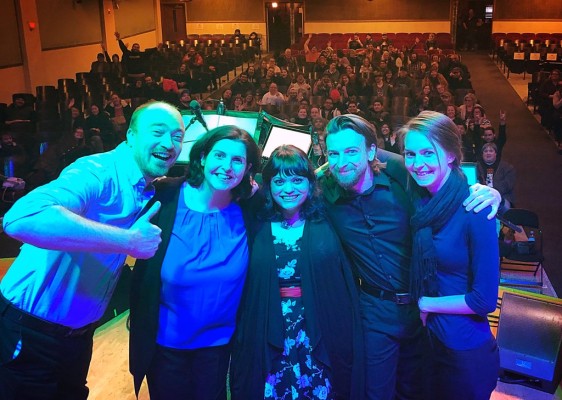 Here, we have the NoSleep Tour team at the Oscars, having just accepted my Oscar on my behalf for ‘best leading actress’ in the movie Space Boobs in Space (look it up, it’s real). 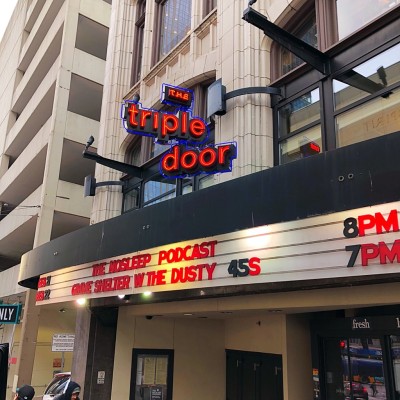 Here is the exterior of The Triple Door in Seattle. Judging from the words on the facade, the NoSleep Tour players are going to be performing with The Rolling Stones. 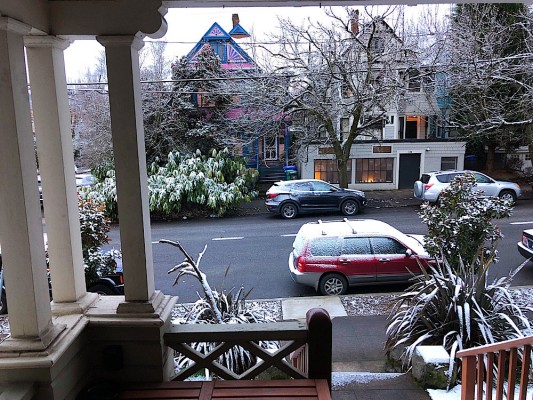 Here we have a photo of a terrifying killer lurking in the bushes outside the NoSleep Tour team’s accommodation. 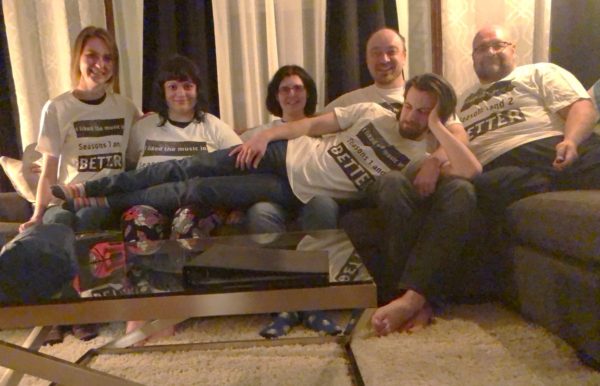 An example of the kind of workplace bullying that Brandon Boone has to put up with on a daily basis. Hashtag themusicwasbetterinseasonsoneandtwo hashtag theremin. 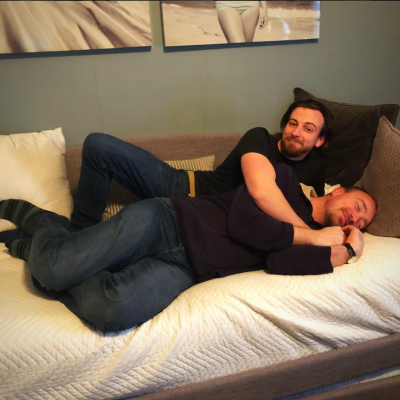 A photograph of Brandon Boone and David Ault relaxing after a hard day fighting off hordes of ghouls in the desert. Not pictured; ghouls. 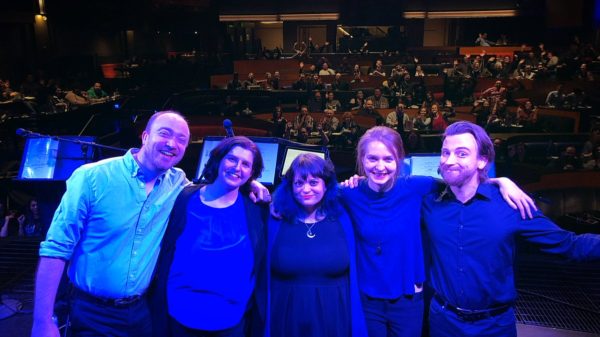 And finally we have the team giving evidence in front of a jury of their peers in the case The state of Seattle vs David Cummings vs Godzilla. They’re all looking a little blue here. I guess it was a bad verdict. 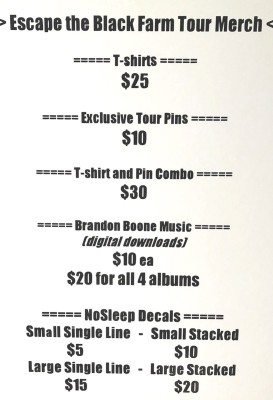 So, I hope this has helped give you an insight into how the tour is going! You can find information about upcoming dates on our Tour page. If you attend, be sure to drop us a message on Twitter, Instagram or Facebook, and be sure to pick up some tour merch, which is the hottest merch in the game! Link in merch! Also join our fan group on Facebook! Thanks, bye.