It’s episode 19 of Season 8. On this week’s show we have five tales about bloody buildings and bullies.

“A Party in a Church“† written by T. Weaver and performed by Matthew Bradford & Dan Zappula & Nicole Goodnight & Atticus Jackson. (Story starts around 00:06:25) 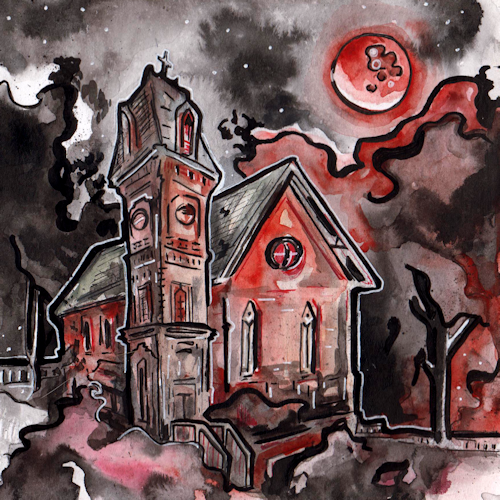